0
You need about 3 min. to read this article.

Smart home systems are becoming increasingly popular among amateurs of modern solutions. The problem for people not connected with information technology is often the coordination of smart devices, especially if the products are not from the same series. With microcomputers, synchronization and unification of device control becomes much easier. See how to use an Arduino or Raspberry Pi microcomputer in your home!

Smart home thanks to microcomputers

Both the Arduino and Raspberry Pi, popularly known as the ” Raspberry,” allow you to create a system that controls Smart devices in your home. While both of these computers have a lot in common, they share just as many features as they have in common. The Raspberry Pi is a device the size of an ATM card that can actually act as a portable computer. The Raspberry Pi has a lot of processing power for its size, so it can easily handle signals from sensors or capture video from a camera. Arduino is very different from Tiny. This microcomputer offers much less computing power, but this does not mean that the device is ultimately inferior. Arduino is better suited for other tasks. Unlike Raspberry Pi, it can handle analog signals from sensors much better. It will also work great as a simple controller for a robot or other not too complicated device. Using the features of both microcomputers, you can build a functional Smart Home system. Raspberry Pi can serve as a main logic unit, while some of the components could be operated by Arduino.

Gadgets that can be built with Arduino and Raspberry Pi

Microcomputers are also a great base for various gadgets that can be used at home. On their basis, you can build such accessories as a weather station, fingerprint reader or a digital photo frame. Most of these devices can be created with the help of modules and overlays for microcomputers. One such extension is the Arduino accelerometer, which turns a portable microcomputer into an acceleration meter. Other gadgets such as audio-video cables and a projector will turn your Raspberry Pi into a movie-playing equipment, thus turning your living room into a cinema room. Arduino also offers an option perfect for all parents whose kids love to sit in front of the TV. You can program the computer to mute specific words and phrases. This is a very useful feature if you can’t constantly monitor what your child is watching on TV. The ability to mute swear words, for example, is a great help to parents in such a situation

Arduino or Raspberry Pi, what to choose?

There is no clear answer to this question, it all depends on what your expectations are and what you intend to use your microcomputer for. Each has a different specification and a different purpose. Although on the surface the devices are very similar, their use can be very different. In fact, any choice will be a good one if you think it through.

Minicomputers are extremely interesting and functional devices, thanks to which you can create real wonders in a very easy way. On their basis you will build useful gadgets, and also coordinate the work of smart devices in your home.

How often should I clean my espresso machine?

More in GADGETS AND ACCESSORIES 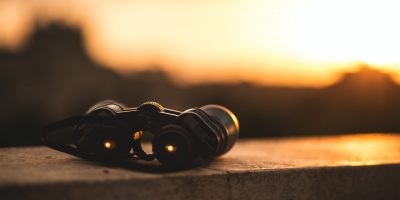 What to take for animal watching in the woods?

How do I improve the sound of my audio system?

Phone tripod – which one to choose?

Powerbank – an unnecessary or useful gadget?

Mug for the car – which one to choose?

By Zachariah Gonzales20 May 2021
GADGETS AND ACCESSORIES

Can you connect an external drive to the PS5?