0
You need about 4 min. to read this article.
Designed by Freepik

We store on our phones not only game scores or text messages, but also private data and data that can endanger us if it falls into the wrong hands. How to protect yourself from cyber attacks?

Nowadays phones are not only a device used to talk or contact with friends via SMS, now they are also a mobile computer on which we store many programs and documents that should not get into the wrong hands. For one person it is personal photos, while for others it is company documents or intimate conversations with a loved one. Modern smartphones are very capacious, we collect data in them even for several years, and we do not part with them for a step. It is worth protecting them by all means. Learn 5 tips on how to keep your smartphone safe.

Always lock your phone screen with a password or biometric reader

Many people refrain from setting a password on their smartphone due to the “lack of convenience” of using the phone. Yes, it may take a second or so to type in a password, but the result is basically 100 percent data security even if your smartphone is stolen or lost. In devices based on Android, iOS or Windows Mobile we can use a short sequence of numbers and letters, which provides a good level of security. However, an even higher level of protection is provided by state-of-the-art biometric readers, such as fingerprint or facial recognition (TouchID and FaceID in iPhones, respectively). These solutions are basically flawless, and in addition very comfortable – to unlock our smartphone it is enough to put a finger on the reader or look at the screen.

Take care of your passwords

If you are afraid of security breach, take care of the security of your pass words and data typed in applications and web browsers. Usually, logins and passwords for banking applications, emails and social media prove to be the biggest problem. Why social media? Because modern amateurs of somebody else’s property are trying their best to generate as much profit as possible from their activity. Currently, it is very popular to sneak into social media in order to write as the owner of the account to his friends with a request, for example, to borrow quite a large amount of money. Such programs as key bundles work well, which is worth protecting with a password not used in any other place – only there.

System security – protect yourself against attacks from the Internet

Usually the only way for hackers to gain access to our smartphone is to try to force the owner to install malware. Often cybercriminals use really sophisticated ways to do this and it is worth resisting. Avoid opening links sent by strangers, don’t open any attachments from strangers and don’t install applications from non-official sources. Even accessing an infected website may result in an attempt to install malicious software on your phone without your knowledge or a scam, e.g. an application impersonating a weather program or a game. After gaining access to your phone, a thief will be able to steal all important information from it, view your data and blackmail you into sharing it with third parties. Lack of trust is advisable here.

Install an antivirus and scan your system files periodically

We often introduce a virus to our phone completely unconsciously, e.g. after visiting a website, which has also been infected without its owner’s knowledge. Then we may not know about the existence of the virus on our phone for many months, during which the hacker will steal all the important information for him. Modern Android system is able to scan files using built-in Google Play Protect application – the program performs a detailed scan once a day in search of unauthorized changes in system files and more. There are also antivirus programs designed for a specific operating system.

There is nothing worse than the sudden loss of data due to, for example, its deletion by cyber criminals. It is worth knowing that even the most responsible person can fall victim to fraud and e.g. download an attachment sent by a thief who stole our friend’s social networking account. Then the only way to save your data is to make a backup copy of the entire file system in advance. It is worth doing this at least several times a month, and preferably every day – so that even in the most difficult situation you will not lose your photos, text messages or notes.

How to protect the screen of a smartphone? 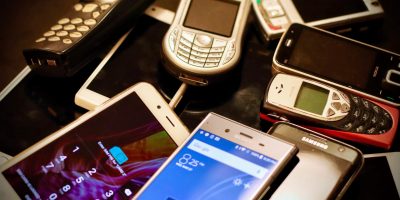